Public scrutiny and pressure are paying off! Both FCC commissioners Clyburn and Rosenworcel made statements today questioning the new rules proposed by Chair Tom Wheeler:

Below is Freepress.net’s statement today May 7, 2014 in response.

If you can get to the National Mall, please join the occupation at the FCC through May 15, and follow the movement on Twitter: #SaveTheInternet #NetNeutrality

As Evan Greer from Fight For The Future said to the Guardian today, “…it affects everyone’s life and people are not going to just stand by and let this happen.” 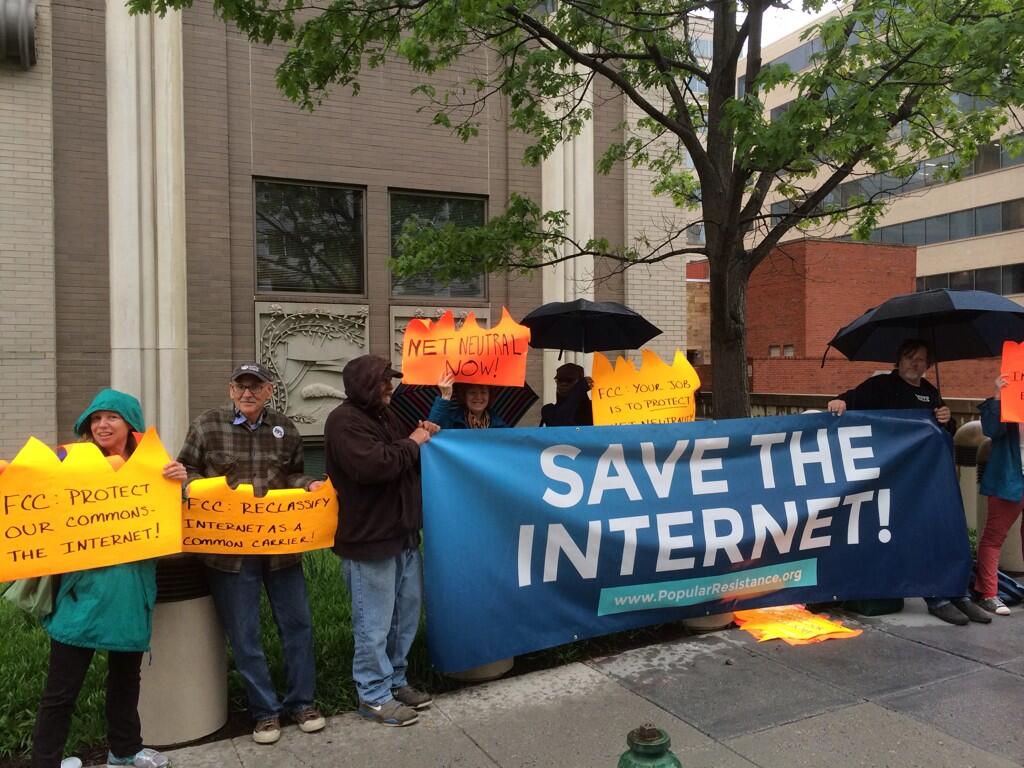 In a statement at a meeting of the Chief Officers of State Libraries, Commissioner Jessica Rosenworcel called on Chairman Wheeler and her fellow commissioners to “delay our consideration of his rules by a least a month. I believe that rushing headlong into a rulemaking next week fails to respect the public response to his proposal.”

In a blog post at the FCC website, Commissioner Mignon Clyburn wrote that “tens of thousands of consumers, companies, entrepreneurs, investors, schools, educators, healthcare providers and others have reached out to ask me to keep the Internet free and open.”

Clyburn also listed her preference for prohibiting pay-for-priority arrangements and re-asserting the agency’s authority to protect an open Internet.

In addition on Wednesday, nearly 150 Internet companies sent a letter to the FCC’s five commissioners urging them to create rules that protect internet users against blocking, discrimination and paid prioritization. 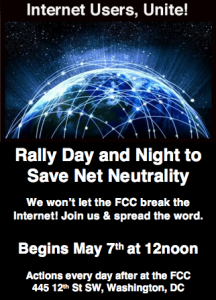 “The cracks are beginning to show in Chairman Wheeler’s plan that would undermine Net Neutrality. The more people learn about this proposal,  the more skeptical they become. That list of skeptics now includes two Democratic commissioners who have taken the unusual step of questioning the Democratic chairman’s approach.

“We’re encouraged that both Commissioners Clyburn and Rosenworcel are responding to the millions of emails and thousands of phone calls from people demanding real Net Neutrality. It’s time the agency took the most sensible next step and reclassified Internet service providers as common carriers. That’s the only reasonable way to ensure an open Internet for everyone.”