In May 2016, the Moscow Museum of Modern Art (MMOMA) launched the pilot version of its educational online game for kids – “PLAYMMOMA”. It became the first museum game in Russia entirely focused on contemporary art practices.

The pilot version of the game was financed by the Vladimir Potanin Foundation. In June 2014, the online game project became the winner of the grant competition “A Changing Museum in a Changing World” in the “Museum Educational Programs” nomination.

The pilot version was first demonstrated at the “Intermuseum 16” professional festival at the Moscow Manege. For the broader audience it was presented during the specially organized kids festival “PLAYMMOMA: the Game of Contemporary Art!” (MMOMA, 25 Petrovka Street, May 26 – June 10, 2016).

The pilot version of the game “PLAYMMOMA” is available for free on the Museum’s website: http://play.mmoma.ru/en.html

The game is designed as a fascinating interactive guide that introduces kids to the world of contemporary art. Here children can get acquainted with new forms and concepts, such as installation, object, media art and performance. They will understand the difference between the new picture and the traditional one and learn a lot about the structure of museum display. While engaged in the game, kids will have a chance to explore contemporary works from the MMOMA collection. Besides, they can try on the role of contemporary artist, create their own unique artworks and finally share the results with their friends on Facebook and VK social networks.

The online game, based on the 3rd thematic display of MMOMA collection “If I Only Knew!..” (2010-2011), includes 6 sections: “New Picture”, “Installation and Object”, “Performance”, “Media Art”, “Interpretation”, and “My Museum”. Each section serves as an independent mini-game based on its own mechanics (a graphics editor, an adventure game, a data generator, etc.) and aims to involve kids in educational and creative activities.

The game has two language options – Russian and English. It is designed for children aged 6+, as well as their parents, being ideally suited for amusing and insightful time together.

The pilot version of the game has 2 active sections, “New Picture”, and “My Museum.” The first section enables users to create a “picture” with the help of the unusual virtual palette, which includes, among other things, colored threads, yellow sticky tape, and even ketchup, and then to transform the “picture”, using specific digital filters. In the end, the player will be able to compare his work with artworks by recognized contemporary authors (in overall, 30 pieces, with child friendly annotations).

The second section summarizes the game, temporarily saving the result of the user’s creative activities. Kids will see their work exhibited in the virtual museum space and will be able to show it to their friends. 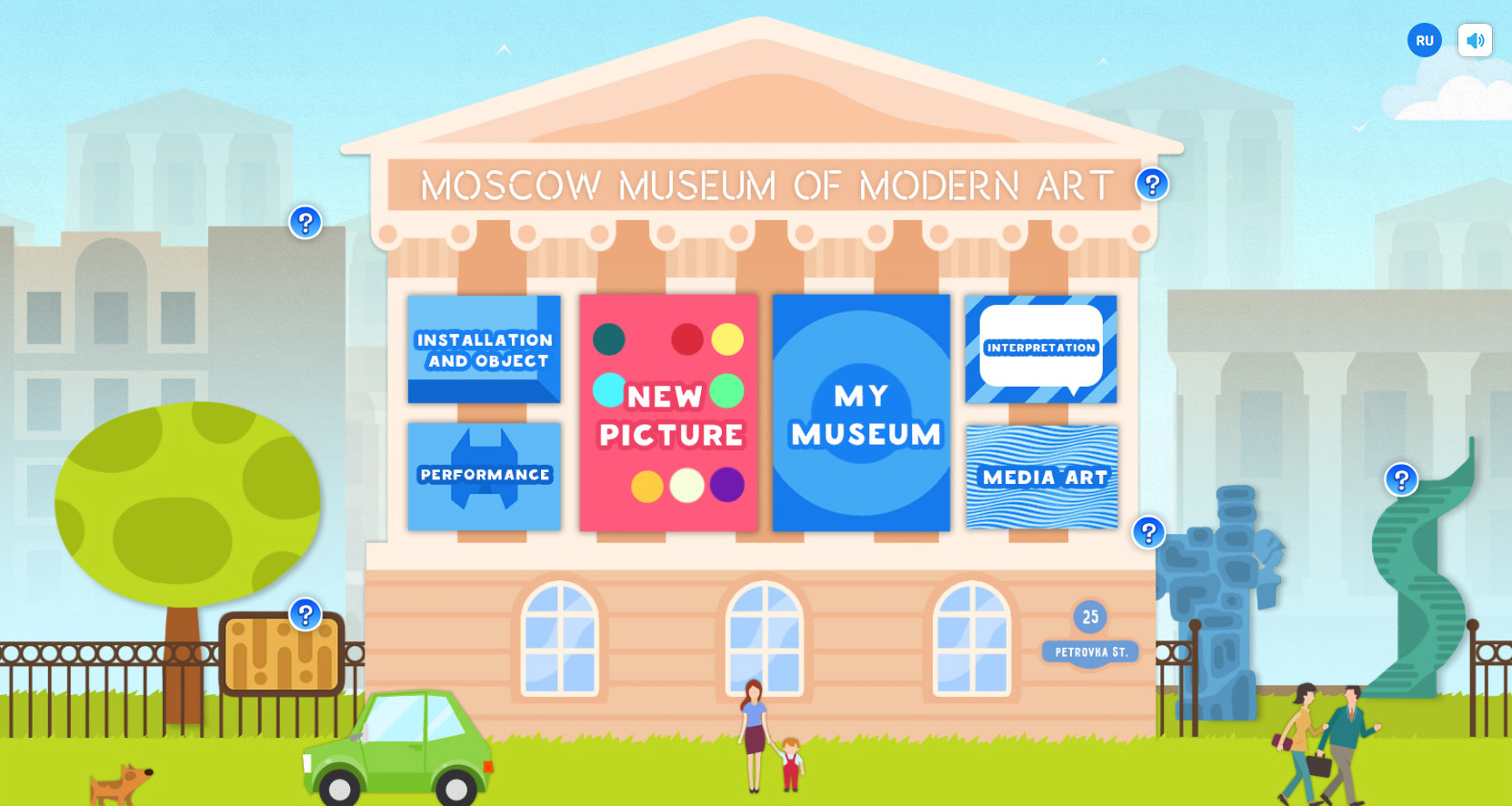 The “New Picture” section: “Virtual Painting Depot,” with works by contemporary artists from the MMOMA collection offered for comparison 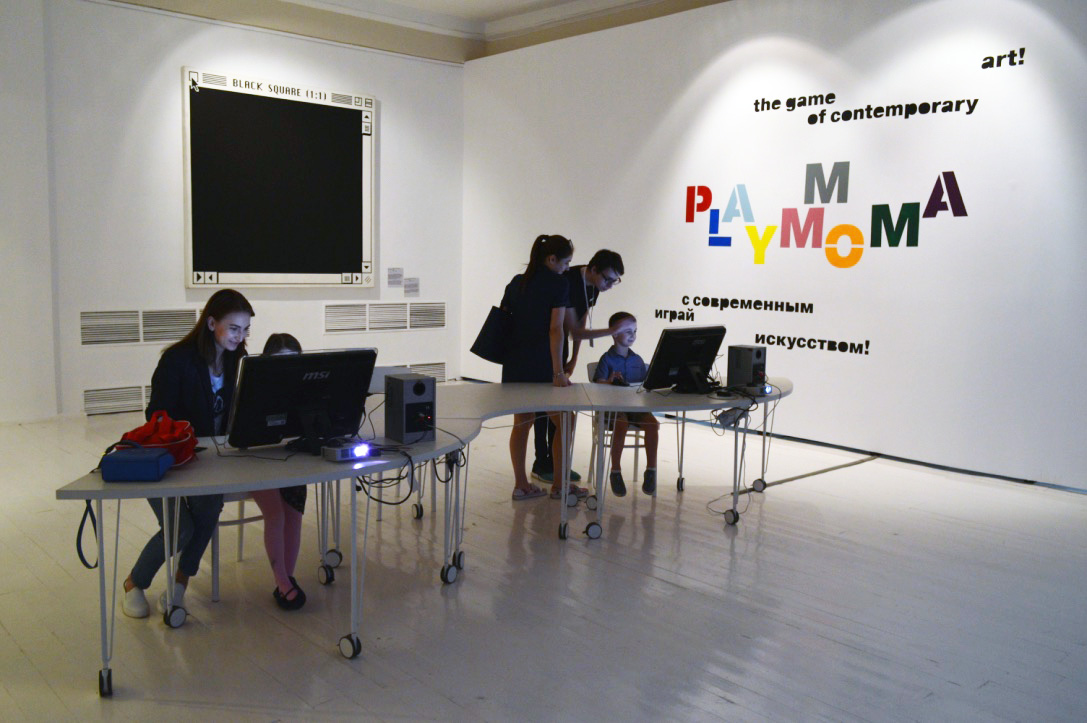 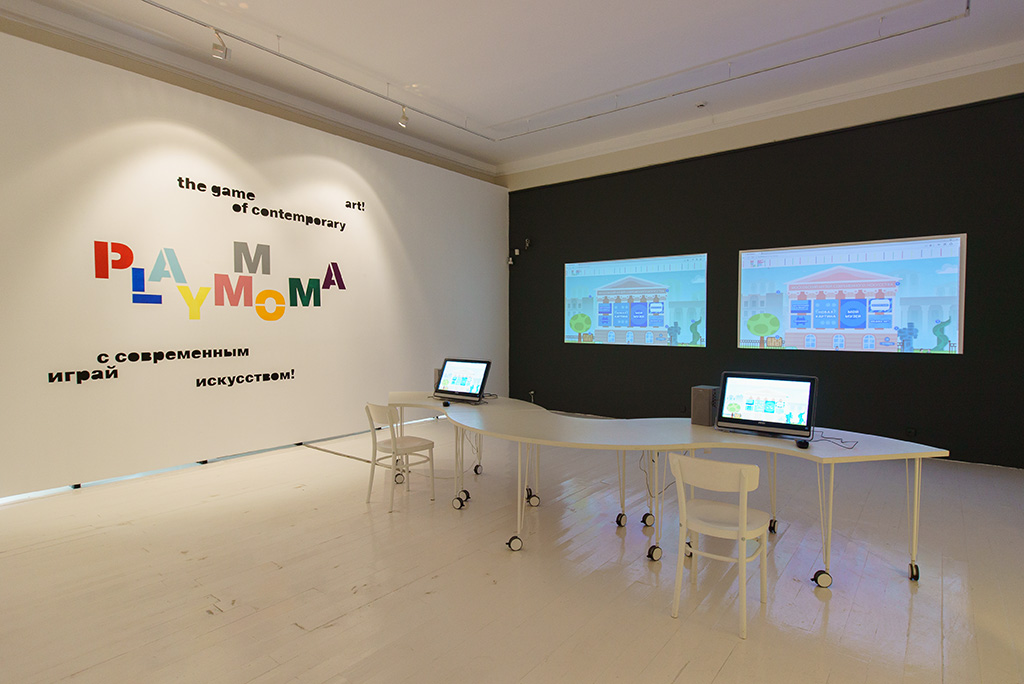