GLAMi Awards & Best of the Web 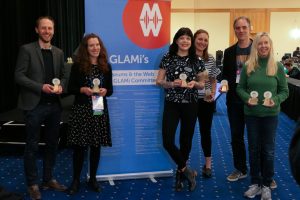 The GLAMi Awards (Galleries, Libraries, Archives, and Museums Innovation awards) recognize and celebrate the most innovative projects in the cultural heritage sector annually.

From 1997 to 2016, the MW awards were known as The Best of the Web, reflecting a time when “web” was synonymous with “innovation.” To respond to the rapid evolution of the technology landscape and our visitors’ expectations, BoW was renamed at MW’s 20th anniversary conference to showcase the best work the field does to engage, inform and excite people both on the Web and across the myriad networked platforms and contexts innovative cultural practices take us.